The dominance of Venice and Naples sometimes makes one forget that Baroque Rome was also a flourishing hotspot for opera. Telemacoby Alessandro Scarlatti is a masterpiece.

Scarlatti back in Rome
The rivalry between the various theatres and impresarios was murderous in Rome. After a failed season in 1717, in which the competitors celebrated great successes, the Teatro Capranica performed Telemaco during the carnival season of 1718. The theatre management opted for an attractive libretto, sumptuous scenery and no less spectacular music by Alessandro Scarlatti. At that time, Scarlatti was mainly working in Naples, but he was brought back to Rome for the occasion, the city where he grew up and where his career had started.

Sequel to the Odyssey
The transfer yielded his three beautiful late operas, of which Telemaco is the first. The libretto is a sequel to the Odyssey and deals with the fate of Telemacus, the son of Odysseus. Librettist Carlo Sigismondo Capece has loosely based himself on a French example, but has interspersed the story with numerous new intrigues, resulting in no less than 53 exciting arias and ensembles. 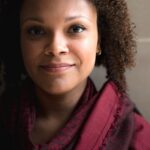 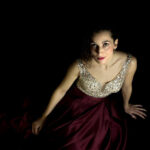 Christmas concert in Hilversum: The Snowman